The western Norwegian fjords, including the Nærøyfjord, are now on UNESCO’s world heritage site list. The Nærøyfjord is the most dramatic part of the Sognefjord and is accessible by boat all year round.

The Nærøyfjord, forming the most spectacular part of the Sognefjord, was named as a world heritage site by UNESCO in 2005. The majestic Sognefjord is the king of all fjords at over 200 kilometres in length and 1,300 metres at its deepest. It is actually as deep as the mountains surrounding it are high.

The long and narrow Lærdalsdalen valley is home to a population of around 2,200. With a fertile yet comparatively dry climate and around 400 millimetres of precipitation a year, the most important industry at present is farming. Well into last century, the road across Lærdal was the only all-year open road connecting eastern and western Norway. Today, Lærdal is also a hub for traffic between east and west, north and south. The world’s longest tunnel, Lærdalstunnelen, 24 kilometres long, connects Lærdal with Aurland. The main road in Lærdal from around 1100 to 1792 was Sverrestigen. In 1272, it was decided that the road had to be a spear’s length wide.

Borgund stave church was built around 1150 and is consecrated to the apostle Andrew. Well-preserved, it is the most typical of all Norwegian stave churches. 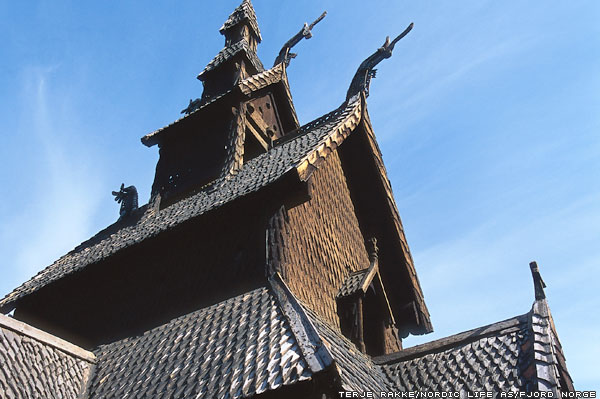 Next to the hotel lies the protected village of Old Lærdalsøyri, comprising around 160 buildings from the 18th and 19th centuries. A complete architectural milieu like that in Old Lærdalsøyri, where all the buildings are in the distinctive local style, is now a unique sight in western Norway. Old Lærdalsøyri was populated as early as the beginning of the 17th century. 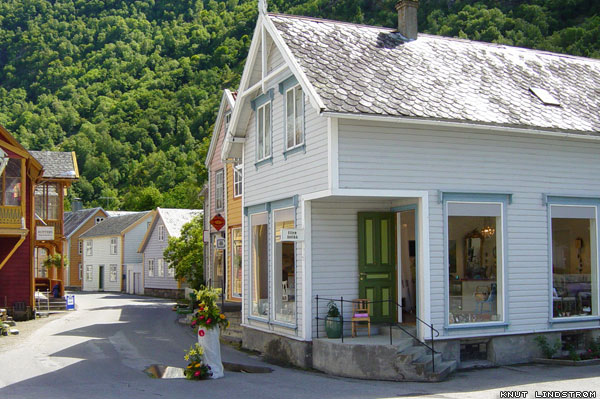 An MP3 audio tour guides you past 12 impressive old buildings in Old Lærdalsøyri.

MP3 players can be borrowed free of charge from Lærdal tourist office, or Gamlebanken (The Old Bank) in Old Lærdalsøyri.

The Snow Road between the fjords

The Aurlandsvegen road between Aurland and Lærdal is 48 kilometres long and 1,306 metres above sea level at its highest point. The views to the Nærøyfjord and Jotunheimen National Park are fantastic. The road has been designated as a national tourist route.

This lies next to the Lærdalselva river, only 100 metres from the Lindstrøm Hotel. Here you can learn all about the life cycle of Atlantic salmon and the salmon fishing tradition.